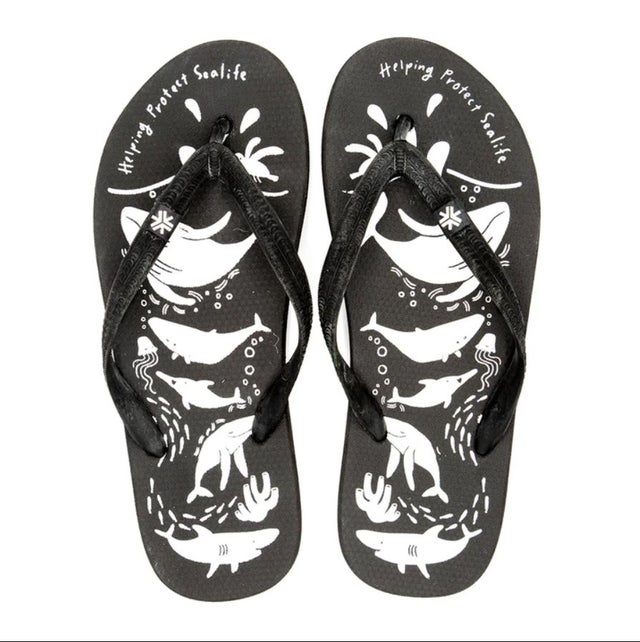 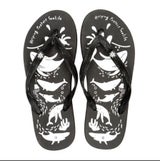 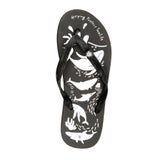 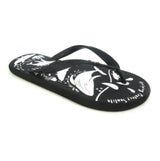 Vegan flip flops that are designed to do good.

These thongs are a collaboration between Etiko and Sea Shepherd. Made Fair Trade from a blend of certified natural and recycled rubber in Sri Lanka. These are the most comfortable thongs / flip flops you can buy!

Sea Shepherd's mission is to conserve and protect threatened ecosystems and species. Each purchase will directly contribute to support conservation of habitat and wildlife in the world’s oceans, with 10% of proceeds going directly to support Sea Shepherd and their ocean conservation activism.

Natural rubber is made from plants and is biodegradable. This means it will start to decompose when you need to update your thongs.

(Or you can return your old thongs to Etiko and they will recycle them for you... plus you will get a voucher).

Synthetic rubber is manmade and not nearly as biodegradable. It's more likely to hang around for years.

Making small changes to help the environment has never been easier.

Sea Shepherd is an international, non-profit marine conservation organisation that campaigns to defend, conserve and protect the world’s ocean.

Despite their relatively small size and limited resources, Sea Shepherd’s campaigns have been effective because they use direct action to achieve results, instead of billboards, petitions or protest marches. Their ships, mainly crewed by passionate volunteers, have saved over 6,000 whales from the Japanese harpoon ships in the dangerous Antarctic waters. They have stood up to seal hunters, hauled in miles of illegal fishing gear, and relentlessly chased one of the world’s most notorious poaching vessels for 110 days until they scuttled their own ship in defeat.

Some of Sea Shepherd’s most successful campaigns were conducted in cooperation with international law enforcement agencies such as INTERPOL. They also regularly assist nations who are lacking the resources to defend their own coastal waters from IUU fishing, such as Liberia and Gabon in West Africa, and protecting marine sanctuaries from poachers in the Galapagos.

"We are pirates of compassion hunting down and destroying pirates of profit." - Captain Paul Watson